Hello everyone, it’s been a while! As I am sure you’re aware if you were following me here or follow me on Instagram, our little boy arrived safe and sound, a few days early, at the end of May and ever since we have been enjoying the wonderful fourth trimester. My husband was lucky enough to have a month off of work and since then I have been figuring out motherhood during our days with just me, a two-year-old and a newborn. Today I wanted to share my labour and birth story, because it was absolutely wonderful and I want a place to document it but also share that birth doesn’t have to be scary, in fact, it can be truly wonderful.

Towards the end of this pregnancy, after suffering from pre-eclampsia at the end of my first pregnancy, I and my midwife team were becoming concerned that pre-eclampsia would once again rear its head. After working so hard throughout this pregnancy to try and keep it at bay, it became a little nerve-wracking when my blood pressure started to creep up towards the end. With my blood pressure being up and down I found myself in triage more times than I would like to count. Thankfully I had no other symptoms of pre-eclampsia and it was suspected I just had pregnancy-induced hypertension. After being heavily monitored throughout this pregnancy my consultant had put a plan in place that stated that if I had any recordings of high blood pressure after 37 weeks then she wanted an induction to be discussed. I wasn’t overly keen on having an induction, after having one the first time around, however, I am also very vocal about pre-eclampsia and its dangers, and in that instance, it wasn’t something I was going to mess around with. After spending 12 hours in triage after being referred for high blood pressure at 38+3 I was very much coming to the end of my tether. While I wasn’t keen on having an induction I was starting to worry that everyone was ignoring the consultant’s advice and I was worried they were putting me and my baby in danger. After being sent home after that 12-hour stint I contacted my community midwives who wanted to see me a few days later for a further blood pressure check.

I headed off for what would be my last community blood pressure check at 39 weeks and with another high reading, I found myself on the way to triage again. This time was different. I had only been there about 20 minutes when the doctor came to see me, after reading my notes and decided it would be time to induce my labour due to consistently high readings and this back and forth to triage I was trapped in. Despite not choosing an induction as my first choice I knew the seriousness of pre-eclampsia (although somehow, despite all the high blood pressure readings, I managed to dodge it) and I didn’t want to sit and wait for it to potentially develop and put my baby and I at risk, so I agreed that induction was the best course of action. I was soon transferred to the ward, where my husband was finally able to join me (damn covid!)

When I was induced with my daughter, a little over two years prior, I had a pessary and then the prostaglandin gel. This time around I was offered that as well but I was also offered a balloon catheter induction. After reading about both and doing a little research I opted for the balloon catheter. The balloon catheter sits above your cervix, putting weight on it and helping the cervix to dilate. I think these are offered in subsequent pregnancies predominantly (according to my consultant), but don’t quote me on that. When the balloon catheter was inserted they told me I was already 2 cm dilated and I was ever so hopeful that this would mean my induction process wouldn’t take too long as apparently, all we were waiting for was my cervix to move forward. That, however, was not the case and I ended up waiting to go to the labour ward to have my waters broken for around 48 hours. I always find the hardest part of induction is the waiting round and I actually think found it more difficult this time because I knew what was coming whereas with my first induction it was a had no idea. Also last time I had my husband with me 24/7, this time around, because of covid, he was only able to be there 12 hours of the day. As I said, this time I had a balloon catheter and I also had the prostaglandin gel again. However, a lot of the waiting around this time was largely due to the fact that there was a very busy labour ward and there was no space for me to go. I definitely believe in perfect timing though because when I did finally get taken down to have my waters broken everything aligned so that I was able to have my dream birth.

I was taken down to the consultant LED unit labour ward Wednesday lunchtime and thankfully my husband remembered everything that I wanted because everything slipped out of my mind as soon as we got down there. He mentioned to our two midwives, we had both a trained midwife and a trainee midwife, that I would like to be be able to have a bath when I was in labour. They asked if I would actually prefer the pool room because I had stated in my birth plan that I wanted to be in the pool if possible, but there is only one pool on the consultant led unit so is often very hard to get. I think that’s why the whole dream of the water birth just slipped out of my mind. As luck would have it the pool room had just finished being used and was currently being cleaned, so I was able to have my name down on it and was able to use that room. We stayed in the other room while the pool was being got ready and I had my waters broken. The midwives told me that they would give me 4 hours to get into active labour and would leave us alone during that time as much as possible. At first, nothing really seemed to feel any different and I spent some time bouncing on the birthing ball, but I found it incredibly uncomfortable. Deciding to have a snack I bounced on the ball and started to eat a bag of popcorn until I started to feel a little unwell. It was from here that I started to have some contractions and they weren’t too bad at first but they very rapidly became very quick to come, as induction contractions often do. I decided that we probably needed to get the midwives back because I definitely felt like I was in active labour or at least close to it. We called the midwives back and they immediately transferred me to the pool room which was now ready and got me ready to get into the pool. They attached a little monitoring device on baby boy’s head and said that I was 5 cm dilated and in active labour. I transferred to the pool when I was ready and was in there through one contraction and on the next contraction I feel like I needed to push already. The midwife told me that my body knew what to do, I squatted in a comfortable position and baby boy made his way earthside.

After a long, arduous labour the first time round which ended with an epidural, labouring on my back, an episiotomy and a forceps delivery this birth was a dream. I was also able to also use some incredible Hypnobirthing techniques in both labours, but in this labour in particular I really felt like I was in the zone. In fact, I have never felt anything like it the primal feeling of delivering my baby and it was something I never thought I would get to experience. Once I realised that our baby was on his way I wouldn’t say it was painless but I don’t remember feeling pain either, my mind was just so focused on breathing with the gas and air. My breathing became very rhythmic and not at all panicked. I just felt very calm and in quite a lovely state. I was also able to really focus on the baby, where he was and what it felt like to give birth to him. I had finally achieved the Hypnobirthing Birth and water birth that I had always wanted.

My recorded active labour time this time round was just 16 minutes and baby boy was born at 16:16. He weighed 8lb 1oz. I feel so lucky to have had this dream labour, it was everything I asked for and it was everything that I hoped it would be this time around. Even as I write this I know I am not doing justice to just how incredible, powerful and primal this experience was. It’s a state I don’t think many achieve and I feel so lucky that I did.

It’s been on my mind for a long time, since I got pregnant this time round, that a career change was in my future. We plan to home educate our children and I plan on not returning to full-time work, however, I would love to do something career-wise that fits around the children and so I have a little something for myself. Throughout this pregnancy it’s been on my mind that I would love to train as a Hypnobirthing instructor, as well as adding in some extra things alongside this practice too. After experiencing this labour and birth this time round I am so certain that I want to help others achieve a birth they can look back on fondly. Even when I was giving birth right in that hypnosis state I felt so calm and happy and at peace and I thought to myself for a brief second that I have to pursue Hypnobirthing as an instructor. I don’t know when I’ll do it, I don’t know when I’ll train but I can’t wait to start that next chapter when the time is right. 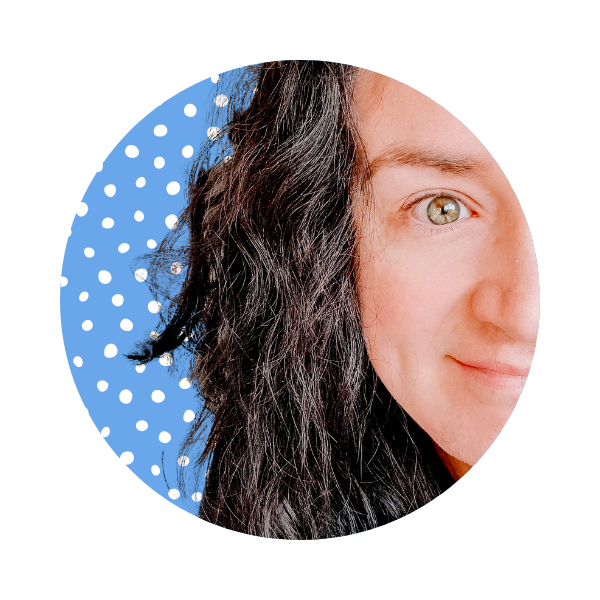 Giving Your Business A …

How Safe Are Your …

Staying Hydrated In The …

How to Rediscover Yourself …